Hello Gators and welcome to the latest edition of the NSFP FroshMemo!

Well into the groove of the semester, we hope you all are finding success in all your classes and enjoying this academic year at SF State.  As a reminder, this memo can be utilized to keep up with all of our campus resources, activities, and events, which are compiled weekly for your benefit!  We hope you can all take some information of use from these memos and that you are able to make it to any of the events being held weekly throughout the semester!

The FAFSA deadline for California Financial Aid Programs (such as CalGrant) for the 2021-2022 academic year is Tuesday, March 2nd!  Get started on the application today by logging onto https://studentaid.gov/. Also check out the Office of Financial Aid website for more information specific to SFSU: https://financialaid.sfsu.edu/

Provides financial support annually to one student in the College of Ethnic Studies at SF State University to recognize and honor the lives of Annetta Donan Foster Jolivette and Gertie Lee Fontenot Jolivette. Annetta Donan Foster Jolivette born in 1944 dedicated her life to fostering youth and opened up a group home for boys while working full time for the United States Postal Service. Deadline is March 5, 2021. FInd more information about criteria and application requirements on Academic Works: https://sfsu.academicworks.com/opportunities/12083

Even with the end of Black History Month coming up, it is important to be attentive to the voices around us. Here is a shortlist of books from Black authors of different genres.

What’s poppin’? It’s the beginning of the sixth week, and I already feel like stoppin’! What are some Tumblr-esque quotes that I can read to boost my morale?

Don’t stress! I have motivational quotes that will help you become your best from the best: Dr. Seuss! Did you know on March 2nd, it’s Dr. Seuss’ birthday and National Read Across America Day? Now, what better way to celebrate this Tuesday than to read and be inspired by Dr. Seuss’ well-known quotes. Also, these quotes engulf Tumblr, so they are a perfect match! The following is a list of quotes by Dr. Seuss:

“Think and wonder, wonder and think.”

“Sometimes the questions are complicated and the answers are simple.”

“Why fit in when you were born to stand out?”

“You are you. Now, isn't that pleasant?”

P.S. Do YOU have questions without answers? Ask Alli by filling out this form!

We highly recommend students bookmark or calendar these dates on their phones or computer calendars.

During these spaces students can stop by, receive assistance and ask any questions regarding their CA Dream Act application. Whether it is their first time applying or they are a returning applicant. All students are welcome to attend.

Spaces for Black, Latinx, and Asian & Pacific Islander men are important for college success. Join us to get connected with the SF State Men of Color Mentorship Program and with peers, staff, and faculty who identify as men of color at SF State. See additional Men of Color events in this calendar on: 3/9, 3/17, 4/6, 4/13, 4/20, 4/27, and 4/30.

Casually drop in with a snack or some lunch to ask questions and share tips about housing, basic needs, and wellness resources available on and off campus.

This is an open group, so come as often as you like to discuss coming out, being out, relationships, dating, family, community, transition, discrimination, and self-acceptance.

Direct immigration legal services are available free of charge to CSU students, employees, and their immediate family members. Immigration attorneys from Immigrant Legal Defense are available to assist individuals with general consultations and case representation in various types of immigration cases, including DACA. This project aims to serve undocumented and documented students, students with immigration questions, staff, faculty and their immediate family members.

Join us for conversations around women/femme queer relationships and sexual assault.

Flow with the BUC with Omnipotent Studios yoga instructor Eboni Alexandra for an integrative yoga sequence. There will be a mix of meditation, sensory grounding, and soulful music to realign the body and mind and reveal boundless potential.

This event will be an educational opportunity for any and all students who wish to learn about what it means to be a Latinx Womxn in the modern world in hopes to uplift Latinx Womxn during Womxn’s History Month. We will discuss dismantling internalized machismo, how to support Latinx Womxn, and Gender Roles in the Latinx community.

Join First-Year Experience Peer Mentors for our first poetry/spoken word social event on Wednesday, March 3rd at 5 PM! Bring your own coffee or tea to sip while we share each other’s poetry, our favorite poets and poems, and some popular spoken word!

Affinity groups are meant to bring together community members who are at the margins of the margins to talk or chat freely and openly.

The Coalition of Immokalee Workers is a farmworker led human rights organization. This presentation will be held by a CIW farmworker leader that will talk about the historical conditions and abuses that farmworkers experience in Immokalee Florida, as well as the changes made by the Fair Food Program and how it has created a new day for farmworkers in the fields.

The Leadership for Social Justice Series is for students, staff, or faculty wanting to gain skills important to improving campus climate. What is possible when a diverse group of Muslims and a diverse group of Jews come together to speak honestly, listen intentionally, and use curiosity over assumptions to navigate difficult conversations? Find out by listening to Muslims and Jews who are committed to doing this work. 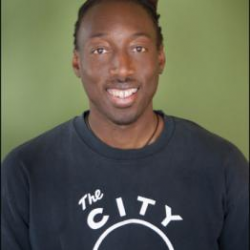 Akom has a Ph.D. in Sociology from the University of Pennsylvania, received an Education M.A. from Stanford University, and is also credited with obtaining a B.A. in Political Science/Economics from the University of California, Berkeley.  Dr. Antwi Akom is the Director of the SOULLAB (SOULLAB.co), his research including various ventures such as science, community development, medical sociology, ethnic studies, public health, health communications, and African American studies.  Dr. Akom also works with UCSF’s Center for Vulnerable Populations at Zuckerberg SF General Hospital, focusing on researching, developing, and deploying new health information and better forms of communication technologies for communities that are oftentimes excluded.  Antwi is also focused on promoting equitable economic development for vulnerable populations and has an extensive background in facilitating new models of urban innovation for our cities of the future.

Dr. Akom is also known for his role in co-founding and launching technology projects within the San Francisco Bay Area, one of which being Streetwyze, an app dedicated to enabling real time community-generated data to be integrated with predictive analytics, thus aiding in improving the health care and equity that can be distributed to these areas.  Streetwyze was widely successful, collaborating with various hospitals, health care systems, homeless populations, and even the Obama Administration.

Dr. Antwi Akom has accumulated various honors and awards throughout his career, listed below are some of his most notable! 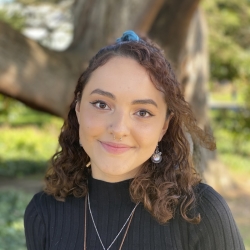 Why did you choose SFSU: I chose SFSU because the environment on campus when I first set foot on it felt so comfortable and like home. I love the cold and the winds that blow through campus. Beyond that, it was close enough to my family that if any emergency occurred I was able to reach them. It felt right!

Was SFSU your first choice & why?: It was one of my top choices because it fits in with what I needed. High school was challenging for me, so to go to any college amongst all of the emotional & economic struggles, I just felt really blessed.

What has been your biggest roadblock this past: Being online can be quite stressful and self care has always been a big roadblock for me. I have overcome it by leaving time for my interests like my frog, hamster, plants, and miscellaneous collections.

What is your dream job and why: My dream job is really simple: just to be in a space where I can work to help support people and make the world better.

You can be featured in our memos! Utilize our platform to get connected with others, advertise for your organization, and tell your SF State story!

If you are interested, feel free to fill out this form, and we will reach out to you with more information. 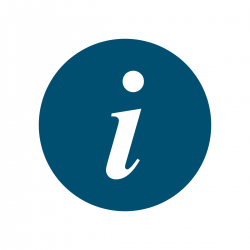 SFSU Fact of the Week

What is SFSU’s school motto?

~ Experientia Docet ~ means experience teaches. SFSU strives to give its students all the opportunities they need to thrive and succeed in college. We believe that by taking initiative to get immersed in all of these opportunities students will be able to learn and develop as a person. So take the next step to jump into everything you can and teach yourself through experience.

The Dean-On-Call Program serves as an opportunity for students to drop-in for usual or unusual questions, serve as a support or referral resource, and to help students navigate the university environment.

Fellow students are here to connect you to the campus community & provide one-on-one support!

The First-Year Experience Peer Mentor program provides support available to all first-year students at SFSU! Attend the events & study circles that peer mentors hold every week to meet other first-year students & integrate into the community at SFSU. You can also get individualized support by meeting with a peer mentor.

Help when you need it most! Visit with New Student Programs and the Gator Mentors!

The New Student Help Desk is open five days a week, Monday - Friday from 10 am-12 pm & 1 pm-2 pm every week! A GatorMentor is always there to answer any pressing questions you may have. The Help Desk is available for reservations Monday through Friday, from 9 am to 4 pm. If you would like to make a reservation, please email your assigned Gator Mentor directly, and they will assist you in setting up a reservation. Don't have a Gator Mentor? Email us at nsp@sfsu.edu